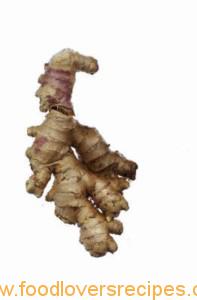 HOW TO DRY GINGER ROOT
Ginger root is used as a cooking spice, and as an ingredient in natural health remedies. Folk remedies call for the use of ginger root to treat nausea, vomiting, motion sickness, colds, weight loss, rheumatoid arthritis and other ailments. There is not enough scientific evidence to confirm the use of ginger root for most of these health conditions, although, there is evidence to suggest that ginger root may be effective for low dose, short term use at relieving pregnancy related nausea, according to MedlinePlus. Dry ginger root to impart an earthy flavor to your favorite recipes, and to use as a secret weapon against nausea.
Step 1
Rinse the ginger root in cold water to remove dirt and debris.
Step 2
Remove the skin off the ginger root using a potato peeler.
Step 3
Cut the ginger root into paper-thin slices, using a sharp knife or grate the ginger root, using a cheese grater.
Step 4
Spread the sliced or grated ginger root in a single layer onto a baking sheet.
Step 6
Store dried ginger root in an airtight container in a dry, cool and dark place. You can store dried ginger root as is, or grind in a coffee grinder or food processor to make powdered ginger root.
Warnings
The use of ginger root as a food spice in recipes is generally safe. Ask your doctor before using ginger root as a dietary supplement or natural health remedy. Ginger root can interact with some medications and interfere with the bodies ability to form blood clots, warns the University of Maryland Medical Center. MedlinePlus also warns that theoretically taking ginger root supplements with “large amounts of calcium may increase the risk of abnormal heart rhythms”, may possibly lower blood sugar and may increase the risk of bleeding when taken with herbs and supplements.” Children under two years of age should not take ginger root supplements. Doses of 4 grams a day or below of ginger root are generally considered safe to use in adults and children over two years old.