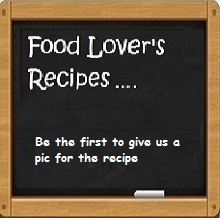 SULFURING FRUIT FOR DRYING AT HOME
Sulfuring has the advantage of producing an excellent quality product. It may be difficult to find sulfur; try pharmacies and stores that sell wine or beer making supplies. Fruit treated with sulfur will maintain color, flavor, vitamins A and C, and sulfuring will discourage insect infestation during drying. The heat during drying and subsequent cooking dissipates the sulfur. As fruit is peeled, cored or pitted, put it in a salt solution (4 Tbsp. of salt to a gallon of water) to prevent discoloration. Remove from the saline solution, and (without rinsing) drain thoroughly, pat with a clean towel to remove surface moisture. The fruit is then ready for the sulfur treatment.

Sulfuring should take place out of doors. Do not inhale the fumes. A sulfur box or compartment is necessary This may be a large cardboard box, provided it is large enough to cover the drying trays and the container for the sulfur. It must be relatively air-tight. A small opening must be provided near the bottom of the compartment for ventilation. Another small opening is necessary near the top of the compartment on the opposite side from the bottom opening. The box or compartment should be tall enough to adequately cover the stacked trays and allow approximately 6 inches above the top tray—allow 1 to 1½ inches on three sides of the stack. It should also be large enough so that the sulfuring dish can be placed below but to the side or front of the stacked trays—not directly below them (to avoid burning or melting the bottom tray). There should be no less than 3 inches of space between the metal can holding the sulfur and the stacks of trays, and between the can and the inside of the carton or covering.

Place fruit on wooden trays having wooden slats or on the trays provided with a dehydrator, with the fruit not more than one layer deep. Sulfur corrodes metal, so it is important that wood or plastic trays be used. Place the fruit with the skin side down to prevent the loss of juices. Blocks of wood or bricks placed on the ground may be used to support the trays. The lowest tray should be about 6 to 8 inches from the ground.
Stack the trays filled with fruit one on top of the other with blocks, wooden spools, bricks, or rocks between each one to allow for circulation between trays. They should be approximately 1½ inches apart. Place the sulfur pan on the ground in front of the trays. This pan should be a clean metal container such as a tin can, shallow, but deep enough to prevent overflow—1 inch higher than the layer of sulfur. A dish made from a double thickness of aluminum foil may be used. The burning time of the sulfur will vary with ventilation, shape of container, weather conditions and other factors. Sulfur that is free from impurities will burn properly. Sublimed flowers of sulfur or U.S.P. grade sulfur meet the standard of purity required. Garden dusting sulfur is not suitable.

Weigh the prepared fruit before placing on trays. Generally, if you are using a cardboard box to cover the trays, you will need 1 to 2 teaspoons per pound of fruit. If you have constructed a more airtight sulfuring box from wood, you need no more than 1 teaspoon of sulfur per pound of fruit.
Place the can of sulfur in front of the trays, on the ground near the lower opening of the box, and light the sulfur. A few drops of lighter fluid will facilitate lighting the sulfur. Sulfur burns best when powder is in a smooth layer not more than one half inch deep. The depth, not the total amount of sulfur, determines the rate of burning.
Cover the stack of trays with the sulfuring box. Seal the bottom of the box by pushing dirt against the bottom edges. Leave the intake and exhaust holes open while the sulfur is still burning. Close the intake and exhaust holes and start counting sulfuring time after two thirds of the sulfur has burned.
NOTE: Sulfur dioxide is created by combustion of the sulfur. The fumes must be given time to reach and penetrate the surfaces of the fruit on the stacked trays. When time is up, lift the box off, tilting it away from you so that fumes don’t come up in your face. Start drying the fruit immediately.
Information posted by Adam Cloete