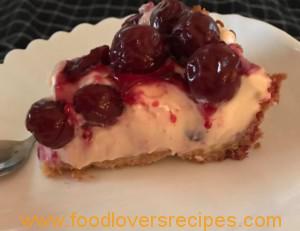 1 x packet of biscuits crushed
Half a cup of melted butter
2 x cream cheese
1 x thicken cream
1 x tin of condensed milk
1 x bottles of cherries
1 x packet of raspberry jelly
1 cup sugar
Crush biscuits and add melted butter. In a saucepan pour cherries and juice and add sugar. Bring to a slow boil until liquid has reduced half and add the packet of jelly and take it off the heat and still well but not to rough. Let it sit aside to cool down. Press biscuit into a pie dish and bake till golden brown and let it cool down.
In a mixer mix cream cheese, cream and condensed milk, once the cherry mixture has cooked I added a couple spoonfuls into the cream cheese and a bit of the syrup. Mix through but not evenly as you would like some white bits to, pour onto biscuit base and scoop out the rest of the cherries on the top of the cheesecake and a little of the syrup.. put in fridge to set overnight 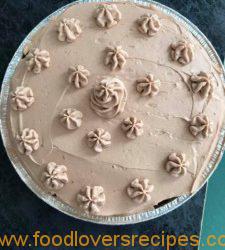 Tracy Vohra
I have posted a recipe of a cherry cheesecake before but forgot to get cherries, and only had dairy milk chocolate block. So I made the same base for cheesecake but instead of cherries I melted chocolate and added it to the cheesecake filling and cos it’s a grown ups cake I used two tablespoons of scotch.. I could of added a bit more chocolate and scotch but it tastes yummy regardless