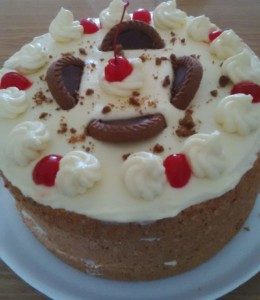 HOW TO STABILIZE WHIPPING CREAM
Technique Questions and Answers
A generous dollop of whipped cream makes dessert even more appetizing. But this delicious foam of air, water, and fat falls apart given any opportunity. Stabilizing the cream lets you pipe cupcakes, frost a cake, or just keep the whipped cream stiff during a car ride. Gelatin is preferred by professionals, but there are many other options that are easier to prepare and vegetarian-friendly.

Stir constantly over low heat. Continue heating and stirring until all the gelatin dissolves, leaving no lumps behind. Do not let the liquid begin to boil.[2]
Try a double boiler, which will heat the gelatin slowly and evenly.
A microwave is the fastest, but a little risky. Heat at 10-second intervals only, to avoid overheating.[3]

Let the mixture cool to body temperature. Remove from heat and let the gelatin cool. Wait until it reaches roughly the temperature of your finger.[4] Do not let it cool too far past this point, or the gelatin may set into a solid.

Whisk heavy cream until barely stiff. Whisk until thick, but not yet able to form peaks.[5]
Whisk in gelatin in a steady stream. Whisk constantly while pouring in the gelatin. If you leave the gelatin sitting in the cold cream, it may set into strings of solid gelatin. Continue whisking the cream as usual.

Add dry milk powder before whipping. Stir in 2 tsp (10mL) milk powder for each cup (240mL) cream. This should add protein to support your whipped cream, without affecting the flavor.[10]

Mix in melted marshmallows. Melt two or three jumbo marshmallows by microwaving in a large bowl in 5-second intervals, or by carefully heating them in a large greased pan.[11] They’re ready when they expand and melt enough to stir together; remove from heat to avoid browning. Let cool for a couple minutes, then stir into the whipped cream once it’s formed soft peaks.
Mini marshmallows may contain cornstarch. This can help stabilize the cream as well, but some cooks find it more difficult to melt and mix in.[12]

Try instant vanilla pudding instead. Add 2 tablespoons (30 ml) instant dry vanilla pudding mix once soft peaks have formed. This keeps it stiff, but adds a yellow color and artificial taste.[13] Experiment with this one at home first, before you try it on your friend’s wedding cake.[14]

Mix crème fraîche or mascarpone cheese for slight firmness. Add ½ cup (120 ml) crème fraîche or mascarpone cheese to the cream after soft peaks form. The result is stiffer than usual, but not as solid as other stabilizers.[15] This will still work as a tangy cake frosting, but don’t try to pipe it.
This version will still melt just as fast in the heat. Keep it in the fridge or icebox.
Use the mixer attachment to gently break mascarpone into small pieces to avoid them flying out of bowl.
Photo:  Petre van Jaarsveld